The Belgian healthcare system has been ranked fourth among 35 countries in Europe using 48 indicators, according to an annual report released by the Sweden-based Health Consumer Powerhouse (HCP). The high ranking is the best achieved by Belgium since the launch of the index in 2005. 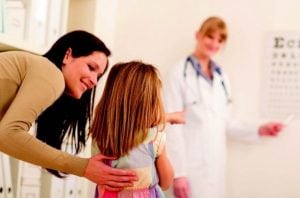 Healthcare has tended to improve in Europe, according to the HCP. The decline in the infant mortality rate and the chance of survival for heart disease, stroke and cancer are on the right track. However, the report highlights the inefficiencies in financing and providing services.

“Drawing inspiration from the most efficient European healthcare systems would save money to save lives and improve the performance of many countries struggling to meet citizens’ expectations,” the HCP said.

The report gives each country a score, with the lowest being 333 and the highest being 1,000. For the first time since the index began in 2005, two countries – the Netherlands and Switzerland – achieved a score of more than 900. The Netherlands scored 927 and Switzerland 904. Norway followed scoring 865 with Belgium nearly tying on 860. Montenegro and Romania were at the bottom of the ranking.

Despite improvement in all national health systems in Europe, there is still a large gap between the best performing countries and the least developed countries, according to the report.

However, a country like Macedonia shows the possibilities of less-developed countries to succeed in the realm of healthcare. It has one of the highest scores in the accessibility category, but also for the most cost-effective healthcare system.

The United Kingdom is at the top of the ranking in terms of accessibility, alongside Switzerland and Macedonia. Belgium, on the other hand, ranks twelfth in terms of cost-effectiveness of healthcare.

“We are working on this, for example with the reform of the financing of hospitals,” said the cabinet of public health minister Maggie De Block